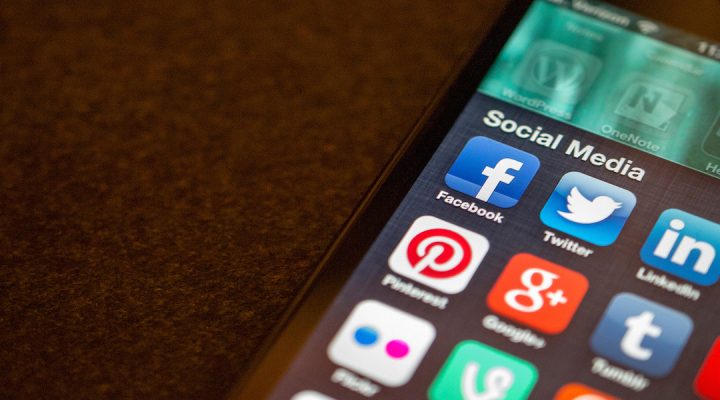 I have written about social media and social media strategies a couple of times already in the short time this blog has been going, and there’s a very good reason.

Unless you intend to press plenty of flesh at breakfast, lunch and dinner meetings, do a lot of cold calling, free public speaking and be delivering elevator speeches to every poor soul that crosses your path, you need it to succeed.

Not only is social media, to coin a big business cliche, mission critical, it’s only going to get more so.

In fact don’t even  think of it as social networking.

The huge upside is that you can now see the world as your market place and if I tell you I have had clients this year alone from countries as diffuse as United Arab Emirates, Russia, Switzerland, Slovenia, Chile, New Zealand, Mexico, Finland, Australia and Sweden you’ll get my drift.

Do you think I could do that without the benefit of social networking?

Of course not, because many of the ones that didn’t come directly from such sources found me through Google and guess what Google is weighting more and more heavily in searches?

The great news for you is that if my experience is anything to go by at least 95%+ of Life Coaches have no clue as to how to use social media.

Therefore, if you’re prepared to learn that gives you a huge advantage in an insanely competitive market place.

My YouTube channel is probably my greatest source of quality traffic from social media, yet most Life Coaches either don’t use it, or use it badly.

Every YouTube post gives you the ability to drop a valuable link back to your website, as long that is, it’s at the very start of the meta description.

You can also upload the transcript of the video that is then searchable on the two biggest search engines in the world, Google and YouTube itself.

You can even go back into old videos and tag them for for trending topics to get new traffic. How cool is that?

You can connect more quickly and more easily with video and you hit an entire market place of people who don’t read blogs or subscribe to newsletters.

You can educate and help people and demonstrate you know what you’re talking.

Oh and by the way, I get at least 20 new clients per year who come to me after seeing a YouTube video.

A word of warning: If you do post videos, do not make the mistake I used to make by ignoring most comments. YouTube priorities videos in searches that are generating conversation.

I joined Twitter in April 2008 and it was awesome! In the first two years I reckon I gained over 30 clients directly from Twitter.

At the time it was populated in large part by thirtysomething early(ish) adopters who were looking to talk in real time, share links and information and build connections.

That was then and this is now.

Twitters demographic has slid and slid to the point where it’s dominated by teenagers looking to tell people how much their life sucks and businesses trying to keep an eye on negative client feedback.

Many coaches think high numbers of users equates to a high number of potential clients. It doesn’t, unless you want to work with malcontent teens that is.

There are now over 1.5 billion accounts registered on Twitter and that can seem very tempting, but as the number has gone up the conversation has gone down and the opportunity to connect, with it.

I do everything wrong on Twitter. I post random stupid thoughts, swear a lot, whine about poor customer service and throw links out without reciprocating enough.

And there’s a good reason. Twitter to me is now just a bit of fun and if I ever get a client from it (the last was probably close on 3 years ago) it will be a bonus.

For sure, but to do it regularly requires a lot of hard work and knowing how to use it inside out.

3. Life Coaches Having No Avatar

I wrote an entire post on this important topic that you can read here, but let me repeat the essence of it in case you don’t want to read two entire posts in one day.

You need and avatar of YOU

Not an a blue outline created by Google+, not your business logo, not a picture of a beach or sunset or even a cute puppy dog, YOU.

We are in agreement, right?

They can have value in so much as they can spread your posts out evenly over the day and feed your followers a steady stream of new and (hopefully) helpful material.

The problem is however, scheduling tools are almost exclusively used by people in business. As such, a reasonable percentage of your clients won’t even know they exist or what they do.

Imagine trying to explain to such a client that you really weren’t multi-tasking when they notice a Facebook post or tweet in their timeline slap bang in the middle of your last session with them.

An even worse case scenario is the client who sees it but doesn’t say anything to you.

You can be sure they’ll say something to their friends though and it’s bye bye referrals and credibility even though you did nothing wrong.

You can of course be careful and schedule your posts when you don’t have clients, but even with that approach it’s difficult to build connections. Especially on fast moving media such as Twitter because you’re not there to respond to people who are looking to engage there and then.

Using such tools to post to different platforms can’t harm I guess, but it’s not really creating connection or stimulating conversation on the platforms you’re cross-pollinating to. is it?

5. Not Understanding When Your Potential Customers Are Online

This is no different to understanding when to blog.

You don’t blog in the dead spot between Friday lunchtime and Sunday afternoon (if you’re sensible or have a specific reason that is), and as such what’s the point wasting time on Facebook when your followers are all down the pub.

Ok, I know with time zones and the fact that the world is our shop window there is an argument for saying, “Well the Internet never shuts down Tim”, but we’re playing a numbers game here so unless you’re just having fun (and that’s totally fine if you are btw), be strategic.

Do you know how many Life Coaches have told me Google+ won’t take off or that it’s not worth bothering with?

Well of course you don’t, how could you possibly know that when I’m not even sure? Anyway, it’s more than a handful.

Google rules the world you know. Google could bring hundreds of thousands of small businesses and some very large ones to their knees, just by clicking it’s fingers and changing its algorithm.

Do you really think Google will allow G+ to be pushed around in the playground by the bullies fromTwitter and Facebook forever?

If you do, good luck!

If you don’t, take Google+ seriously and figure it out

7. Falling Down The Rabbit Hole

Ever popped on to Facebook just to spend 5 minutes sharing a photo or link only to find yourself there 3 days later arguing with some dude from Paraguay about whether Full Metal Jacket or Platoon was the better movie?

But if you’re like most social media users you will have slipped down your own particular rabbit hole to emerge blinking in the bright sun wondering where the last 3 hours went on occasions.

It’s ok to dick about on Facebook or Twitter, I do it all the time. However, I know I’m doing it. If I go on to ‘do business’ then I am in and out in a few minutes.

These sites are designed to suck you in and keep you in, so allocate your time carefully.

Also, if you’re short on clients and people can see you have been on Facebook once an hour since a week last Thursday, guess what they’re going to think?

People thinking you have no clients isn’t good because they then think it’s because you’re not a very good Life Coach and that may be a million miles from the truth.

It may just be you’re not very smart with social media.

I had planned to make this post the 10 Crucial Mistakes Life Coaches Make With Social Media, but I’m almost at 1,500 words and anyway I have to save some good stuff to the people I train, right?

If you can guess the other 3 mistakes I was going to mention I will give you a FREE place on the course starting in October.

Cautionary Note: I have been very lax with social media lately and have seen a drop off in interaction and new clients (except YouTube and LinkedIn).

However, that’s a conscious decision and I’m perfectly ok with that because my focus has shifted to other areas.