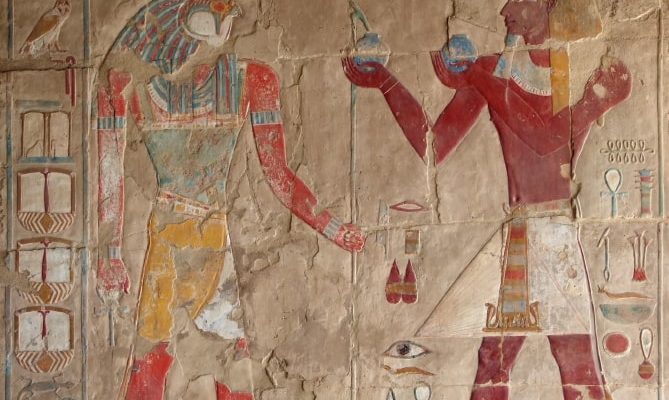 Probably the most underrated aspect of successful Life Coaching is storytelling.

Delivering facts is easy and Mr Google is quite good at doing that, but it’s making the facts relevant and relatable to the individual that matters.

This is why stories, analogies and metaphors can be so powerful.

Imagine a Life Coach is talking with a client who just so happens to be a computer programmer.

This client is constantly giving himself a hard time and it is impeding him from making progress and the coach from doing her job properly.

What is she going to do about it?

Life Coach: Do you think that giving yourself a hard time serves you?

Client: I think it stops me sliding back and getting nothing done.

Life Coach: So does that mean you don’t believe you’re sliding back now?

Client: No I didn’t say that, what I mean is I’d probably get even less done if I took it easy on myself.

Life Coach: Do you think all people who are kind to themselves get nothing done?

Client: I have no idea, but I’m sure I would.

Life Coach: What if you gave it a try for a week or so and see what happens?

Client: I’m not sure, I guess I could.

That scenario follows classic co-active coaching methods. The coach is listening, asking relevant questions and hoping the client will come to his own conclusions that a change is worth the effort.

However, the likelihood that this will work is slim to moderate. There is no real client buy-in, no connection and nothing for them to latch onto when they struggle to back off on the self-abuse front.

Life Coach: Do you think that giving yourself a hard time serves you?

Client: I think it stops me sliding back and getting nothing done.

Life Coach: If you submit some code and it doesn’t have the desired effect, what do you do?

Client: Well obviously I change it.

Life Coach: Why don’t you just re-submit it?

Client: Of course not, if there’s a bug in the code it won’t fix itself, you have to change it.

Life Coach: I see, so it’s kind of like the whole definition of insanity thing, doing the same thing over and over and expecting different results?

Life Coach: Has being tough on yourself worked for you in terms of helping you get the results in your life you want to see?

Life Coach: And as you’re an intelligent person and from what you just said about resubmitting buggy code, you realize that that isn’t likely to change just be continuing the same behavior.

Client: I guess not

Life Coach: Cool, so you are up for making changes and being kinder to yourself, aren’t you?

A couple of things to point out before I move on.

Firstly, I rarely use the ‘why’ word, but in this case I want to challenge the client to prove me wrong and it’s the quickest way to achieve this and it doesn’t risk breaking rapport because I have lowered my own status.

Also the last question is something called a ‘tag question’. If you have done any of the courses you will know all about tag questions and how powerful they can be.

In brief just in case you haven’t (and why not, it’s awesome!), they are questions delivered without an upward intonation at the end so they sound like statement of fact. In effect you are asking a question but at the same time telling the client what the answer is.

Which of the above options do you think is most likely to sink in and have the desired effect?

The first one isn’t bad coaching per se and there are no technical flaws, but it’s not talking in the clients language. Whereas the second example speaks directly to the client and on his terms.

Of course no one way will always succeed, but as coaches we’re looking to stack the odds in our favor as much as possible.

I want to take this a stage further and look at how many Life Coaches promote themselves on either their about or home page and why they fail to connect with their readers.

And by the way, I have been guilty of this in the past and still can be from time to time.

My new website will have a totally different feel to it and will be more focusing on connecting than delivering information.

He was been coaching people for the better part of a decade and can probably help you if you feel stuck, are stressed, feel like you have more potential or just want more clarity in your life.

Originally from England he now lives just outside Orlando, Florida with his wife Helen and 3 dogs.

He is an avid Derby County and St Louis Rams fan and likes nothing better than to hit the gym or take time out to meditate.

Sometime around the year 2000 I realized I was stuck. Not only was I stuck, but I was stressed, drinking too much, partying too hard for a man approaching 40 and suffering from high levels of anxiety.

I was in a high pressure job that paid very well but meant I was spending a lot of time away from home, if not overnight, then for anything up to 14 hours per day.

Except in the height of summer I almost always left the house in the dark and returned in the dark.

On my return the first thing I’d do is run a bath and grab a large can of Stella Artois to drink as I soaked away my stresses in the warm bubbly water.

Of course my stress and anxiety didn’t really go anywhere, the alcohol just pushed them down under the surface for a short while ready to shoot back to the top in the same way as if I’d have forced my rubber duck beneath the foaming waters.

I knew I was in the wrong job and that a change of scenery would allow me to get reinvigorated and refocused and all the stress and anxiety would miraculously evaporate.

I had a good resume in sales and it didn’t take me long to secure another position and also one that paid me more money, and let’s face it, who doesn’t want more money?

I was indeed reinvigorated and refocused for a short period, but strangely the stress and anxiety seemed to be clinging to me like a drowning man to a piece of driftwood.

Not only that, but the strange sense of feeling stuck was still there too, following me like my shadow and not even a brand new BMW or a vacation to the Caribbean seemed to leave it behind.

A year or two later and things were not just no better, but tangibly worse. I had what most people thought was a great job, lots of disposable income and financially freedom.

Yet I was sleeping poorly, waking up anxious from what poor sleep I did get and feeling permanently tired and stressed.

My results seemed to indicate my performance at work wasn’t suffering, but in reality I knew it was. I knew that 20 years of experience and high quality training just meant that I could auto-pilot my way through most sales meetings.

I knew that without the brain fog, the fatigue and the constant fear I could be not just doing well, but doing spectacularly well.

One day I made a decision to quit listening to news programs when I was in the car, which was up to 20 hours per week. Instead I started buying self development audio books.

Almost immediately I felt a little less stressed, but I didn’t stop there. I started learning self hypnosis, and then in 2004 I studied for a Stress Management diploma at Sheffield University.

It was then that I discovered Life Coaching and decided to do the training that I thought would not only make me a better manager and sales person but also give me some cool tools to work on myself.

Half way though my Life Coach training I realized that I no longer wanted to be in sales, I wanted to be a Life Coach. I wanted to help people who were going through what I had gone through. I wanted to unstick people and help them understand there are always alternatives to living a life full of stress and anxiety.

So 9 years ago I walked away from sales to become a full time Life Coach. Now my days are spent helping people get unstuck and showing them that a life doing something that makes them miserable is no life at all. We also have a lot of fun during the process.

So if you feel stuck and want things to change I’m the coach that can help you make that happen.

On and by the way, if credentials and certifications are important to you, you can click here and read mine.

Who Are You Going To Hire?

I see many pages written like the former in third person and with no effort to connect to the reader at a human level.

I guess there’s nothing wrong with that and it’s not likely to send people running to the hills in fear, but let me ask you this.

You feel stuck in your job, you’re stressed and maybe you have some anxiety attached to work, finances or even home life, which about page is going to speak directly to you.

Do you want the first guy who says he unsticks people and seems to have some experience and credentials to back that up.

Not everybody will prefer the second and it’s also a tough approach to take if you don’t know your niche or have had no experience to draw on.

And to be honest you don’t have had to been stressed senseless yourself to help people who are, but it helps and it certainly allows you to build rapid rapport and credibility.

If you can master story-telling and using metaphors not only will you become a brilliant coach (presuming you have the other requisite skills that is), but you will be able to connect with potential clienst through your website, Social Media and in person much more effectively.

Thoughts? Do you think you could use this information to good effect? Or do you indeed use it already?