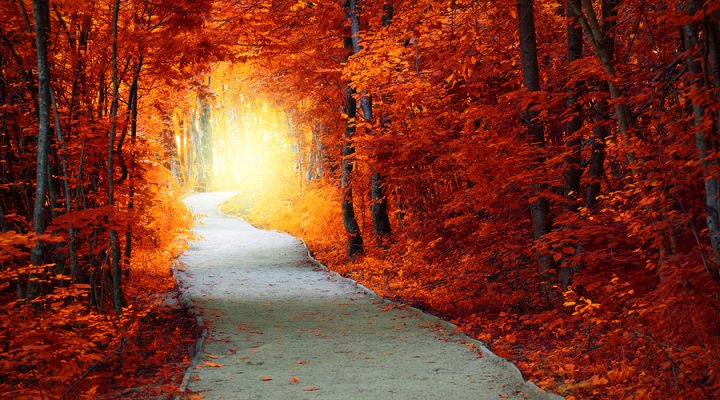 Is There A Shortcut To Life Coaching Success?

Have you ever got one of those emails from a barely literate ‘Nigerian Prince’ offering you untold wealth if you responded quickly enough?

Or maybe it was an email advising you that you have won a lottery you have no recollection of ever buying a ticket for?

You may laugh and think the senders are idiots and nobody would fall for such obvious scams, but here’s the real trick they are pulling.

They deliberately misspell words and make outrageous claims because that filters out more aware and less naive people.

They don’t want thousands of people responding who will then cotton on that it’s all a scam way before they hand over their bank account details.

That just wastes their time.

They’d prefer 0.001% of the people who are desperate, naive or just not very smart to reply.

They are the real marks, not the average person.

I got a LinkedIn direct message in August from a brand new connection claiming she could help me get clients worth an extra $25k per month or more.

And if that wasn’t enough, I could achieve this remarkable feat working only 20-25 hours per week!

She then went on to say she only had room for a few people and she was booking up fast.

A week later I got more or less the same email from her, thanking me again for connecting even though she’d already done so.

Four weeks later I got another similar email complete with thanking me for connecting once again and again saying she had limited space.

I replied with: ‘Haven’t we already had this conversation? Can you stop messaging me please?’

Then she obviously copied my email address from my LinkedIn profile and yet again sent me the same ‘offer’.

That was the straw that broke the camel’s back because I now felt she was harassing me.

Time To Check Her Out

So the following day I decided to do some research on her starting with checking out her webinar as I ate lunch.

Apparently the $25k per month was just the beginning, it could be much more and she could even start the flow of clients within 72-hours.

She then uttered the immortal phrase beloved by marketers with dubious ethics, ‘I know you may be thinking this is too good to be true, but it really isn’t’

I did some more digging and found she had videos on YouTube from a year ago teaching people how to make money as an AirBnB hostess.

She’d also previously had some business in the pet industry but that domain was for sale so I’m not sure how successful it was.

I couldn’t find anything that showed she’d ever been a coach, never mind a successful coach.

Of course that’s by no means a necessity if you’re good at online marketing, but equally I couldn’t find anything that demonstrated she had the kind of other worldly marketing skills that would allow her to follow through on her promises.

All the videos of hers I found were, like the webinar, terrible quality. Not at all the kind of thing you expect from a marketing genius.

When I messaged her telling her what I had found and saying was going to blog about it, she blocked me and then, and I kid you not, started following me under the pseudonym of Karen Rave.

I don’t think she was adopting the Nigerian Prince strategy, but I could be doing her a grave disservice and maybe she’s a lot smarter than I give her credit for.

The majority of coaches are struggling for clients and there are a growing number of people looking to exploit that, many of whom failed at coaching themselves.

When you don’t know where your next client is coming from it’s easy to be seduced by somebody telling you they can guarantee you an endless and almost immediate stream of high-ticket clients.

It instills hope and as human beings we need to have hope.

However, when somebody offers us that hope if we are desperate we don’t usually look for reasons as to why they may be a fraud or why they cannot really supply what they promise.

This is never more apparent than when people who have lost a loved one seek the help of a clairvoyant in making content.

Both offer hope whereas rational thinking does not.

I thought long and hard about writing this post because I don’t want to come over like a bitter malcontent, but this is a topic I feel so strongly about.

Rightly or wrongly I’m protective of other coaches who are trying to do things properly and our industry as a whole.

I may teach coaches, but I’m still a coach just like you.

I’m sorry to say, but unless you have $1,000’s to spend on marketing, there are zero short cuts to succeeding as a coach.

Is There A Shortcut To Life Coaching Success?

You may be surprised that I’m going to say ‘yes’.

Well maybe not a shortcut per se, but certainly a shorter cut.

And it’s hiring a coach who has done what you want to do and who can help you avoid making the same mistakes they made and focus on what actually works.

I’m confident I can help any new or struggling coach.

But I will never claim it’s easy.

I will never claim you can do it in weeks rather than months.

And I will never tell you it’s too good to be true.

Having said all that, I’m not for everybody and you may benefit more from hiring somebody else.

In which case, do your research and don’t be swayed by outrageous claims without massive proof.

Oh, and if for some reason you’re interested in seeing the thread I took screenshots before she blocked me and you can download the PDF with the whole sorry story on by clicking here.